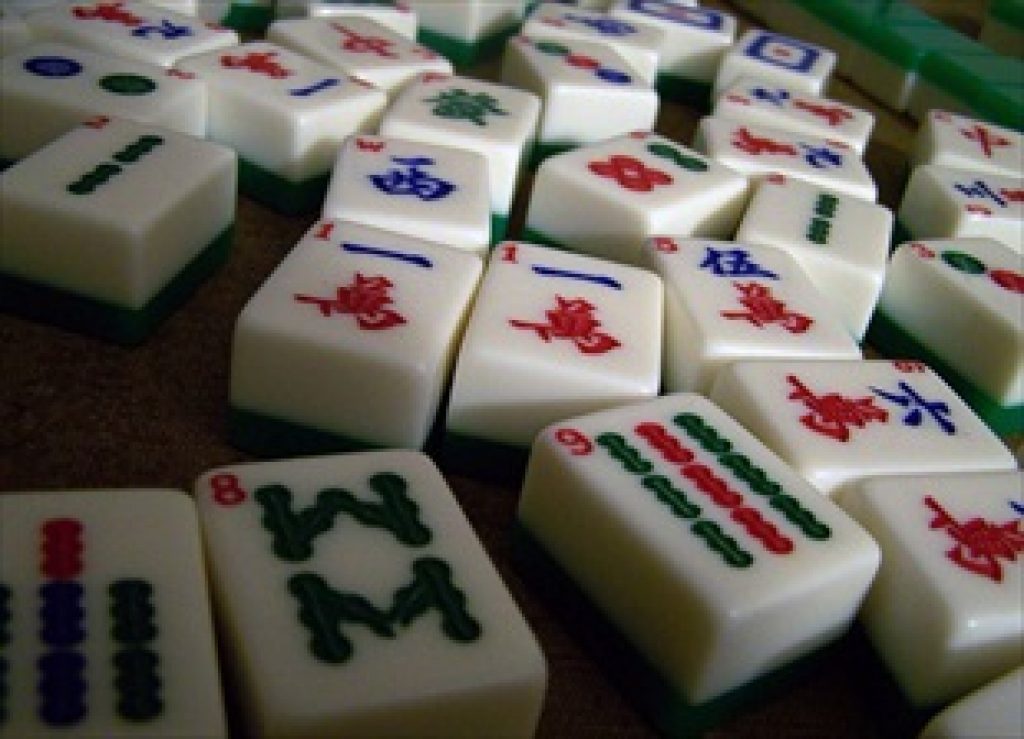 No prior knowledge necessary – learn a new game in a friendly atmosphere of mixed gender, all welcome.

The game is played with a set of 144 Mahjong tiles broken down into suits of Bamboos, Circles, and Characters together with Winds, Dragons and bonus tiles of Flowers and Seasons. The aim of the game is to collect sets of tiles according to the number and type shown on the face of each tile. A player takes and discards a tile each turn and the first player whose hand consists of a legal set or sets goes “Mahjong”. The game is much like the card game Rummy. For what appears initially to be a very complicated game, Mahjong is remarkably simple when reduced to its basics and it is only the accompanying rituals and complex scoring that change this. One of the rituals, the process of shuffling the tiles at the start of the game, is known as “The twittering of sparrows”, presumably because of the accompanying noise. Since Mahjong means “the game of the sparrows” or “Sparrow Tiles” in Chinese, it seems likely that this is the source of the game’s title.

So, if you are curious, come along and have a taster session – you never know, you might enjoy what you see.